Is Bumble For Over 50 Year Olds? 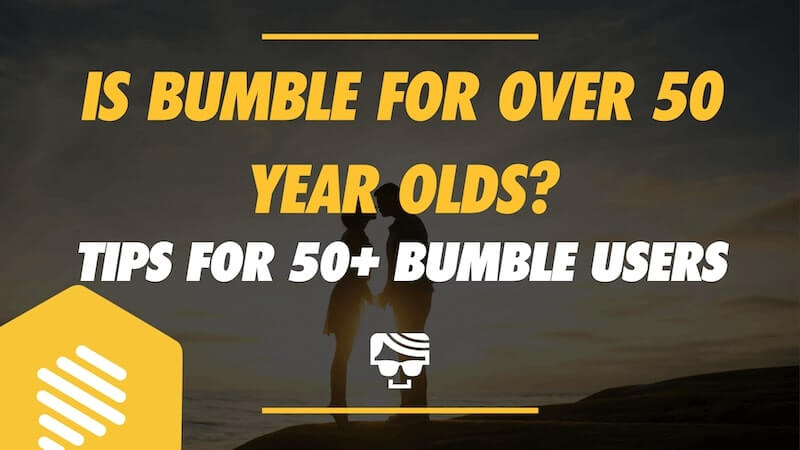 Maybe you’ve been through a separation or maybe you’ve just never stumbled into the strange world of online dating and are curious? Maybe that curiosity is mostly overtaken by the fear and unknowing about what you’re about to get yourself into. If that’s you, and whether you are male or female, you are in the right place.

This article will be about why being over 50 and using Bumble can be a great thing, but I will also give you a few tips and things to expect. In the past, I have seen many people in their 50’s jump onto a dating app, to get off even quicker.

In my opinion, the biggest reason for this is the fact that they aren’t prepared mixed with the fact that it’s a world they have quite literally never experienced before. So, without any further ado, let’s introduce you to the wonderful, yet wacky, world of Bumble. If you are brand new to online dating and have zero idea about Bumble, check out this article on exactly how Bumble works.

Bumble is used by all age groups. The only requirement to use Tinder is that you are over 18 years old. Recently, actress Sharon Stone sent out a tweet to Bumble, complaining about the fact that they blocked her account because they assumed someone was using her likeness in a fake profile.

Sharon Stone is 61 years old, and she obviously uses the app. I don’t think she was spending too much time wondering is Bumble for over 50 year olds.

But, the fact still remains, that you will be in the minority. The apps Median age of users is 26. But don’t let that be something to turn you off, because there are still many people using the app who are over 50. The beauty with using Bumble is you can set parameters and filters to ensure that you are only being presented with other profiles that are in your age range preference.

If you have your heart set on matching with only people in their 30’s, you can do so, but keep in mind that they might have their own age preferences, so therefore might not see your profile. But what I am getting at, is you won’t have to spend hours sifting through hundreds of 18 year olds before you get to a potential partner that tickles your fancy.

Am I Too Old For Bumble?

I’ll be honest though, If right now, you downloaded Bumble, without knowing a thing about it, and tried to give it a go, maybe you would feel it’s not for you. And the reason for that is in my opinion, regardless of your age, you need to be prepared.

Even with this preparation, remember, you are getting involved in something that is brand new to you, so just please have an open mind. So let’s look at a few lessons that I have seen some of my clients learn the hard way and some points that may help your online dating journey be less daunting.

Tips For Over 50’s Using Bumble

It is what you make it

you have to go into it with an open mind, otherwise it won’t work, simple. You are about to experience something that you never have before. Ladies, you will experience sleazy guys that will invite you over after 2 sentences. Guys, you might witness young girls that appear interested, only to offer to sell you nude photos.

Even though this stuff happens way less on Bumble compared to other dating apps, it’s still out there in the online dating world. If you expect the worse, the reality shouldn’t be that bad. Just keep in mind that everyone on these online dating apps faces these negative aspects, don’t let it turn you off, as it’s just part of it.

I was recently speaking to a 62 year old woman who had been through a separation and had started using Bumble for the first time. She told me she had come across her fair share of guys she didn’t click with, but after a week of using the app, really hit it off with one guy in particular. She was telling me about how he asked her to meet up but she wasn’t sure if she would.

Related: What Is Bumble Boost?

Basically, when I quizzed her on why she was feeling this way, what it came down to was the fact that meeting essentially a stranger off the internet went against every single instinct she had. It wasn’t because she didn’t like the guy or was getting a strange vibe, no, it was because she had never done it before.

I asked her “what does your gut tell you about this guy?” She instantly lit up and went a little red, and only had good things to say. Long story short, I strongly urged her to trust that feeling and meet this guy.

Afterwards, she told me that she was extremely nervous before meeting (very normal) but once they met she had the time of her life. Guess what? They are still together 6 months later.

Don’t tell all of your friends and family you are using Bumble, majority of the time it won’t help. Unless your friends have been using the app themselves, when you tell your loved ones about downloading an online dating app, they will have concerns.

Just like you had/have, which is probably the reason you’re reading this. When I first raised the idea to get on to Bumble to the woman in the previous paragraph, she said, “oh, isn’t that an app just for young people?” When people have limited or no experience about something, don’t take their warnings or anecdotes as gospel, it will just make things harder for you.

You Have To Make An Effort

This one is especially for you men out there. The reason I say that, is there is a little bit of a running joke in the online dating community that men getting on an online dating site for the first time have no idea how to take a good photo.

I constantly hear from new clients that they are a fit and good looking man in their 50’s and don’t understand why they aren’t cleaning up on Bumble, then I look at their profile and they have one photo which is a selfie taken from below and way too close up. 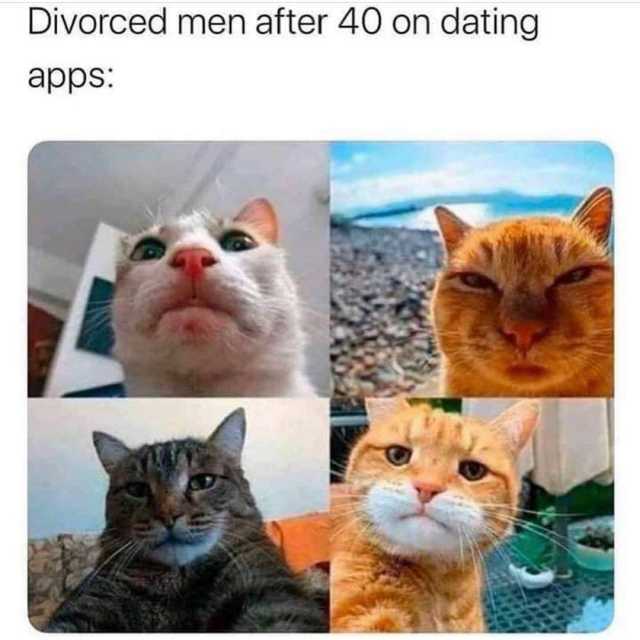 You have to make an effort, it’s as simple as that. Going into exactly what you can and should do to improve your chances is too long for this post, your best bet is to check out my full eBook guide for guys on how to use Tinder, even though it’s slightly different than Bumble the concepts and how to build an attractive profile will still relate. If that suits you, check out Tinder Hacked now.

You may still be a little bit unsure as to what dating app will suit you best. In my opinion, Bumble is a great one, especially for the ladies. The reason for this is because a lot of the control is given to the ladies and they aren’t bombarded with unwanted messages like some other dating apps.

But, if you are over 50 years old and serious about finding love, then the app for you is definitely Silver Singles. This app is dedicated for daters over 50, meaning no annoying younger people to deal with. Silver Singles has a team of amazing match makers which will match 50+ daters based off a personality test. Definitely give it a try today, find out more here. Your age shouldn’t be the main determining factor on what dating app you use. So if you want a full breakdown of every single dating app out there in 2020 and what types of daters they are for, check out my article: Best Dating Apps Of 2020 (For ALL Dating Types). 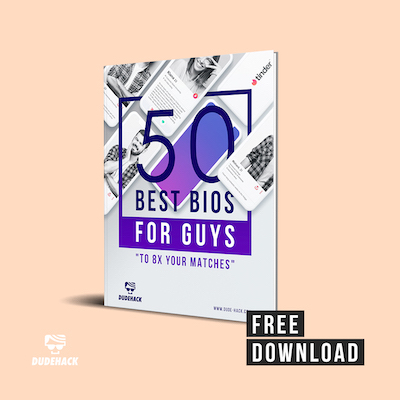