Can You Message On Bumble Without Paying? Free Bumble Explained 2021 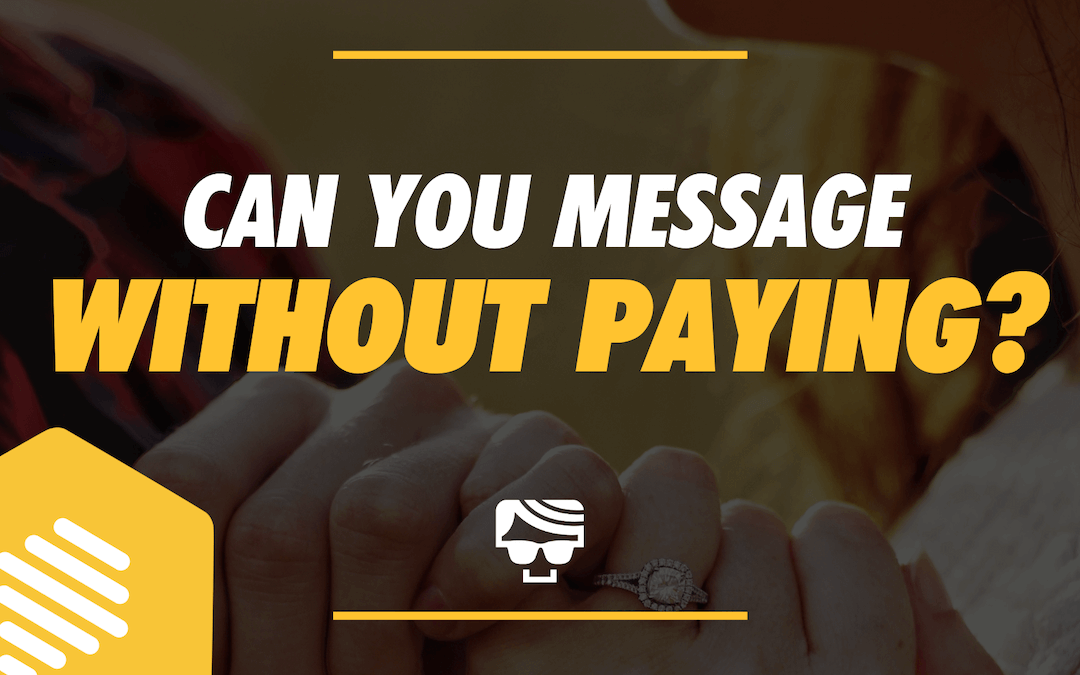 You’re looking for a new dating site, but come on, you’re in your twenties (okay, or early thirties) and you’re broke. Plus, it’s not like this is some last chance lonely hearts crap is it. You’re looking for fun as much as you’re looking for anything else. So, not only are you not exactly in a position to pay, you also really don’t want to. At this point, you narrow your search down to apps.

Apps are usually cheap, if not free. And you’ve heard good things about Bumble, or at least you know it’s the US’s second most popular app and has a better gender ratio than Tinder! So, what do you have to pay for on Bumble? Can you message on Bumble without paying?

Well dude, it’s your lucky day. You can indeed send messages on Bumble without paying. In fact, you can send unlimited messages.

And yet… there’s something weird about Bumble messaging right? You haven’t done all that much research, but you’re pretty sure there’s some feature of messaging that they use in their ad campaigns… Okay, don’t strain yourself, I’ll tell you. Bumble’s founder Whitney Wolfe built the brand around Bumble’s USP, and it’s all about who can message when.

Wolfe has tried to build a dating site that’s safer for women than most, and puts the power back in their hands. While it’s debatable whether or not that has totally worked, Bumble is certainly less of a free for all madhouse than Tinder (that’s not a dig – there is absolutely a time and place for free for all dating madhouses) and that’s mostly down to the quirks of their messaging service.

Who Can Send Messages On Bumble?

A match occurs on Bumble when you and another user have both swiped right. So far, so simple. Except that on Bumble this is known as a ‘connection’ on Bumble, because everything has to be original I guess. And then the fun begins!

After a connection has been made, the female user has 24 hours to initiate conversation. After that time has elapsed, unless the man extends the wait period (showing how very keen he is), the connection disappears. Poof. Lost to the ether. Or until you guys connect again in a few days or weeks.

To put it more simply, the woman has to send the first message in order for you to then be able to send as many more messages as you wish. I mean, within reason, don’t be weird! Of course, things are a little different if two users of the same gender connect. In that case, either user can send the first message and the other user gets 24 hours to respond to that first message. The same time sensitivity applies, and just like with a heterosexual connection the two users will disappear seamlessly from one another’s lives if no message is sent within the 24 hours. Or at least from one another’s inboxes. For now. 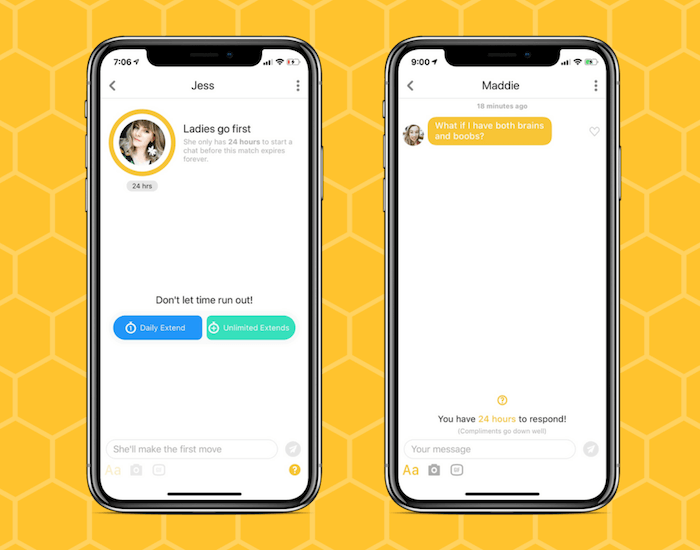 Do You Have To Pay For Bumble To See Who Likes You?

As with many apps these days, Bumble has a premium membership option. Unlike many, the free version of Bumble is extremely usable and all features included with premium are nice but not totally necessary. One of these features is Bumble Beeline, which is basically a second users feed which shows you only users who have already swiped right on you.

There’s no direct way to see who liked you on Bumble without paying for premium, but obviously if you swipe right on someone who has liked you the resulting connection will let you know they already liked you! Plus, evidence suggests that users who like you will show up quite high in your feed in normal circumstances which, with 25 free right swipes a day, is good enough for most users. Of course, if you can spare the money and want to save time then Bumble Premium is a pretty good option, and Beeline makes life easier when you’re on the go or you know, single mindedly trying to get a date for tomorrow night.

What Do You Get With Bumble Premium?

Bumble has two premium memberships – Boost and Premium. To find out everything there is to know about them check out my article on what you get when you pay for Bumble here. If you’re in a hurry, though, here’s a quick rundown: