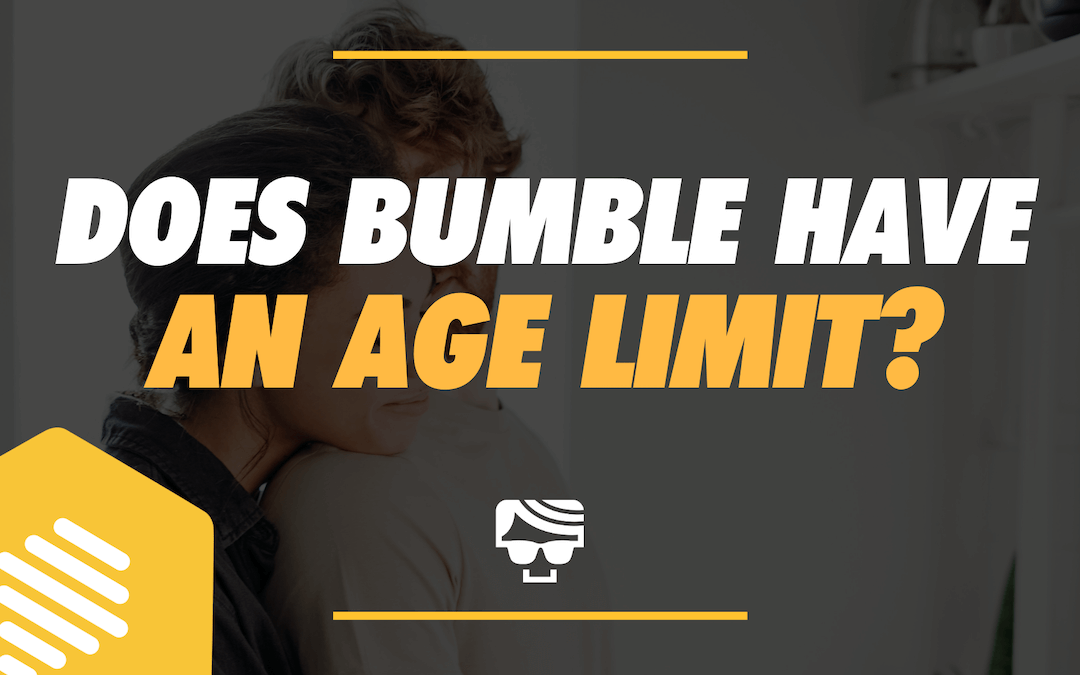 Whether you have been living the app life for a while or you’re new to the scene, you might have noticed that Bumble is often seen as Tinder’s more polite and gentle sister. That’s no coincidence – not only was Bumble created by a former Tinder employee, but its female-led dating format was designed to make the world of online dating a tad less aggressive. And the gamble clearly worked, as the app is set to go public in 2021 with a valuation of a whopping $6 billion!

You might be thinking about suggesting Bumble to a dater just tipping their toes into the breakneck world of online dating, and that makes sense. But many new dating app users are either getting into dating for the first time or back in the game after a long relationship. This means a lot of them are either older or younger than the average app lover!

You’ll be pleased to know that Bumble is for everyone as long as they’re over 18, and many older daters prefer its pace and the chivalry of allowing women to make the first move to the mad swiping of some of its competitors.

As I said, Bumble is for everyone and there’s no upper age limit to join (though the search function assumes that no one over 100 is logged in… probably fair, as I’m pretty sure nursing homes are like irl speed dating so why would a centenarian need the apps for?).

Plenty of older people have fun on Bumble, Tinder, Hinge and other similar apps, but at the same time the apps are primarily built for and marketed at 18-35 year olds. That just means that the dating pool for older users isn’t as wide, and unless you’re very tech savvy the app environment might be irritating.

If the app experience is what you’re looking for, though, being over 50 needn’t hold you back from joining and enjoying Bumble. If you’re looking for love rather than interested in using apps specifically, and particularly if you’re looking for something serious, then there are plenty of sites and even apps that cater to more mature daters which I’ve also written about.

You can try Silver Singles for free or try Eharmony, the most trusted site out there for serious relationships. As you can see there are plenty of options, and Bumble is certainly one of them but there is no need to join a dating app if you would rather go about dating in another way.

Is Bumble for Teens?

Bumble no longer allows teen users. For a while there was an exclusive 13-17 area on Bumble, but apart from the age range there was very little difference between the teen area and the main Bumble site. After concern from parents about the potential for online harassment, inappropriate behaviour and kids meeting strangers as Bumble grew in popularity, this area was closed down.

You can now sign up to Bumble from the age of 18, but obviously should remain cautious as a younger Bumble user as the identities of the people you are talking to have not all been verified. If you’re under 18 it’s best to stick to apps designed for teens, or at least for messaging people you already know!

What Age Groups use Bumble?

Bumble is used mostly by Millennials and Gen Z daters, but as the oldest Millennials are now in their 40s (I know, what is time) that’s actually a pretty wide age range and a wide range of lifestyles from the youngest to the oldest users.

Bumble has a median age of 26 but there are a lot of older users spread throughout the 30-40 age range and quite a few from 45-64 too, as shown by the statistics on the percentage of US adults who use the app. For context, there are over 330 million people in the USA, so these percentages add up to pretty big numbers!

Can you set an age Range on Bumble?

Age Range is one of the basic filters you set when you’re creating your Bumble account. You can adjust the bottom and top ends of your range between 18 and 100 years old. You will be asked to do this at the same time as setting the distance you want as your dating radius, and you will only see other users who fall within both the age range and radius and are of the gender or genders you selected. 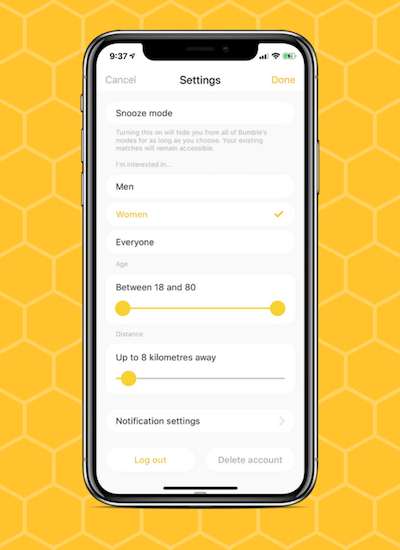 Can I use Age Range and Filters on Bumble BFF and Bizz?

As Bumble has three modes: Date, BFF and Bizz you will probably want to set the filters and advanced filters for all three differently. On Bumble Bizz you can of course filter by industry and experience, as well as their education level and what they’re looking for on Bumble Bizz.

As making friends is somewhat closer to looking for a date than looking for a business connection you can set filters for more personal things like exercise habits, if they have pets and whether they are new to the area. Age ranges are valid for BFF but not for Bizz.

All Bumble areas have the option to filter out unverified users and see only people who have been verified by Bumble’s team.