Hinge Most Compatible: How Hinge’s Algorithm Matches You With Others 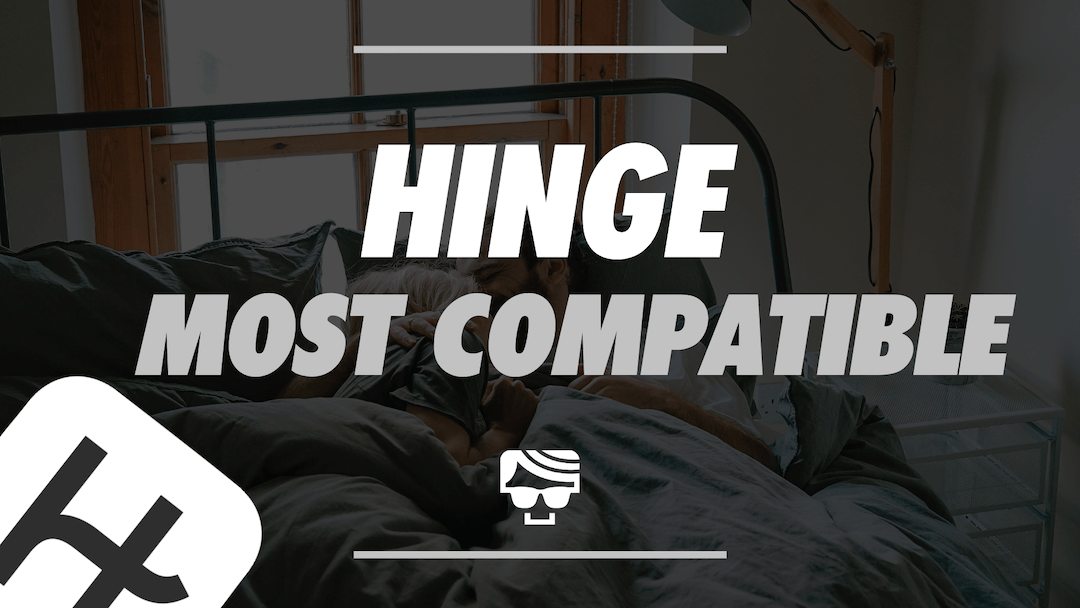 When matching with profiles on dating apps, do you ever wonder if the person is actually compatible with you?

On the surface it may seem like they are, but will it really work out? Hinge is one app where you don’t have to worry about this.

Every day Hinge gives you a profile which is your “Most Compatible” match. The app uses various factors such as your basic information and interests to match with you the person who seems to be most compatible with you. 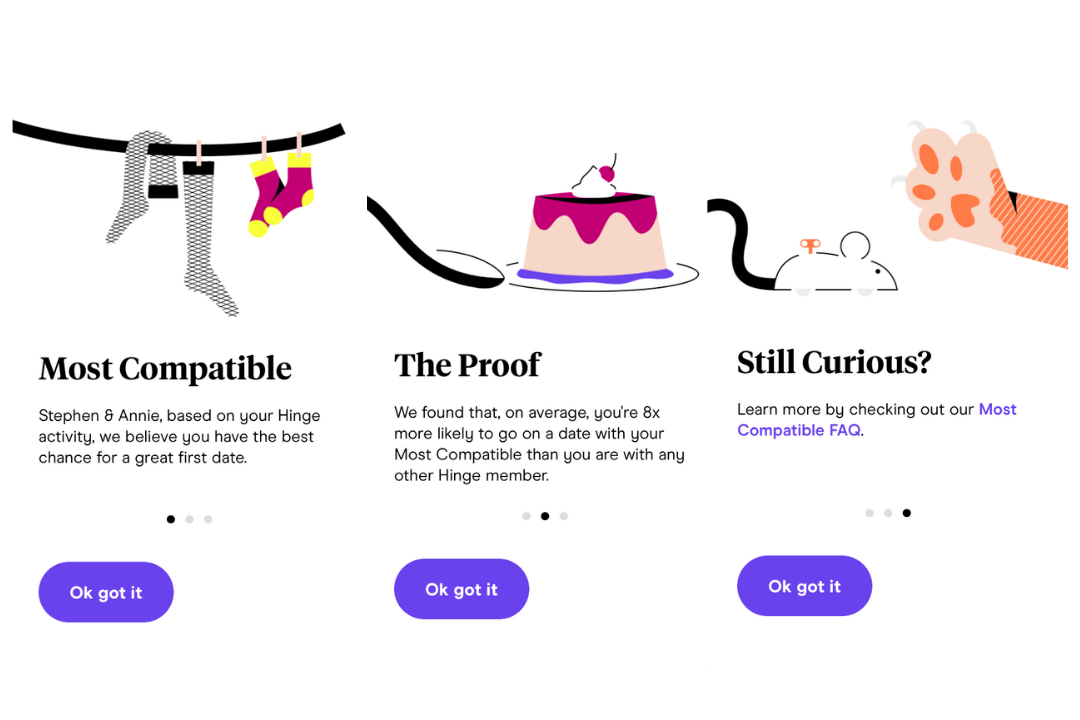 Has this piqued your curiosity? Well then, I suggest you keep on reading because in this post I’ll be breaking down Hinge’s algorithm and explaining the following in simple terms:

What exactly is Most Compatible, and how does it work?

Let’s get right into it!

What Is Hinge Most Compatible?

So, what exactly is Hinge’s Most Compatible feature, you ask?

The app launched this feature a couple of years ago, and simply put, it matches you to another profile that seems most compatible with yours.

This isn’t just the simple matching that is done on most dating apps. Hinge takes it a step further by using a certain algorithm to introduce you to a potential date who would fit your preferences.

How Does Hinge Most Compatible Work?

You’re probably wondering how Hinge works and finds the perfect fit for you?

Remember the questions you answered when setting up your Hinge profile?

Well, those questions come into play right now. The app uses your response to these questions along with other information from your profile, such as your interests, hobbies, and opinions, to pair you with your match of the day. 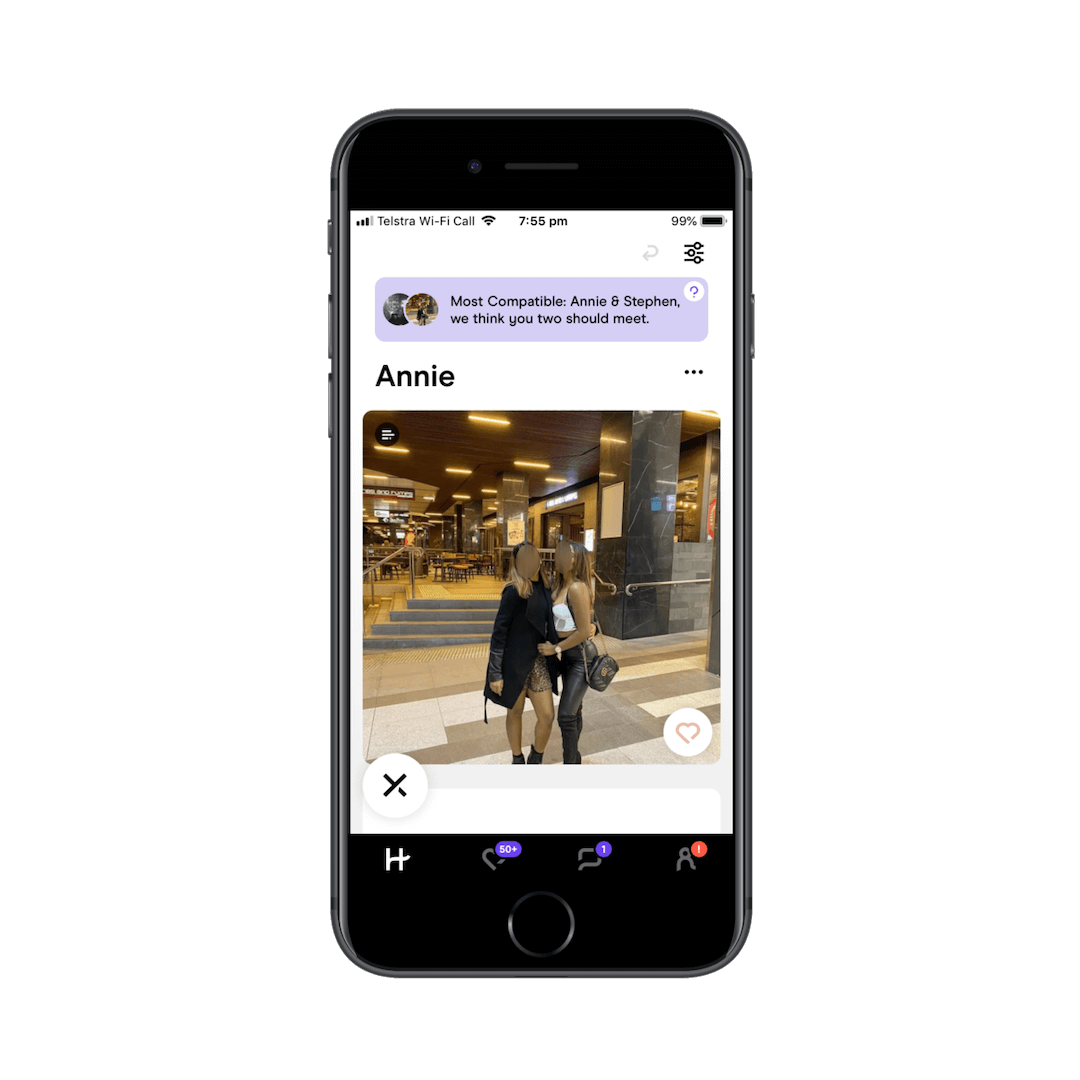 Initially, the algorithm shows you new profiles. This is to gather data and to see your exact preference. Here, I would like to add that if you really want the algorithm to work, try to properly fill in your profile. I know, it takes up time and effort, but trust me, it’s worth it!

The profiles appear every twenty-four hours, once the clocks strike midnight, your recommendations change. This means you need to check your account daily if you don’t want to miss your chance at finding your perfect match.

The profiles do change every twenty-four hours, but you might get the same profile again now and then depending on the pool of profiles that are compatible with your interests.

How Does Hinge’s Algorithm Work?

Now, don’t go running away as soon as you see the word algorithm. It’s not as complicated as it seems. In fact, personally, having a better basic understanding of how the algorithm works has helped improve my experience on the app.

Hinge uses the “Gale-Shapley” algorithm to match its Most Compatible pairs. This algorithm is usually used to mathematically solve the “stable marriage problem”. In layman terms, this algorithm is useful in matching people with others who they have a higher chance of getting along with.

Firstly, it looks at the likes you have accumulated. Then the algorithm assesses the information on your profile using machine learning and tries to match it with other profiles. When it finds a profile that seems to fit according to your preferences, it pairs the profile as your Most Compatible.

So, does Hinge’s Most Compatible feature live up to expectations?

It works the way it’s designed to work. Unlike other dating apps, Hinge’s algorithm takes it a step further and tries to form true connections.

Once you pair with your Most Compatible, Hinge also asks you for feedback privately. It does so to assess if the match was successful or not. This data is then used to further improve the algorithm.

However, the matches are not as effective as the pairs formed on paid dating apps like eharmony.

Do keep in mind that sometimes it’s not the app’s fault if you land a bad match. The app’s job is to match you according to the information that’s been provided to it.

If, for instance, someone has provided inaccurate information–they could have lied or maybe they’re just bad at talking about themselves–then chances are you may not be as compatible as you’d like to think.

In addition, just because your answers to some of the questions are the same, it doesn’t always mean that they’re meant to be. At times, opposites end up making the perfect pair.

Hinge Most Compatible Not Working?

Is the Hinge Most Compatible feature not working for you? Don’t worry, there are a few reasons why this may be happening to you:

The reason the algorithm isn’t matching you to a most compatible could be because there aren’t any potential matches around. This could be because your location is remote or maybe you’ve already swiped left to the ones suggested to you.

Too many narrow filters can also prevent potential matches from showing up. Try easing up on some of the filters. Details are important but remember no relationship is perfect and you need to compromise now and then.

Alternatively, another possible reason could be the lack of information on your profile. I’ve said this before and I’ll say it again, make sure you put effort into your profile. Don’t fill it half-heartedly.

Sometimes, bad photos can also have an impact on your matches. Trust me when I say that all it takes is a little effort. Try to work on your posture when you pose for pictures, make sure your outfit isn’t sloppy. Lastly, try to keep a relaxed and confident expression.

Filling out profiles can be a tiring and boring task at times, but it’s a necessary and important task if you want online dating to work for you. The information you add to your profile helps the app find compatible matches for you.

Hinge’s Most Compatible feature tries using the information in your profile to create deeper connections between users.

Now that you have a better understanding of how these features work, you can make changes to your profile to find your Most Compatible! If you are searching for a more serious relationship check the best dating apps for finding a relationship.