What Is The Minimum Age For Bumble?

I’m going to be charitable here, and hope you are asking ‘What is Bumble’s minimum age?’ because you’re worried about a teenage cousin’s online activities. The answer is just as you would imagine.

As with almost all dating sites, the minimum age to sign up for Bumble is 18. The site briefly had a teens Bumble feature, but it didn’t catch on (partially because of some unfortunate glitches).

Bumble doesn’t say exactly how they make sure users are over 18, but they do say, ‘We use a combination of automated systems and a team of moderators to monitor and review accounts and messages for content that indicates breaches of these Terms.’

As signing up if you’re under 18 would be a serious breach of Bumble’s Terms of Service, we can assume that moderators flag users who seem like they may not yet be 18. In short, if you’re tempted to sign up for Bumble but you aren’t 18 yet, probably don’t. If you get banned, it will be hard to get back on when you’re actually old enough.

Can You Be Underage on Bumble?

I see. Well, I’ll again assume you’re worried about someone. Like, you’ve matched with a suspiciously young looking ‘21 year old’ who accidentally told you about her double maths lesson while you were chatting.

And now you’re wondering, ‘Can you be underage on Bumble?’

If we’re totally honest, we all know that no matter how good a site’s security is or how hard it tries to enforce a minimum age there are going to be a few under-18s who manage to find their way on anyway.

Bumble will delete the accounts of anyone underage found on the site, but obviously if a 17 year old pretends to be 18 it isn’t always obvious! 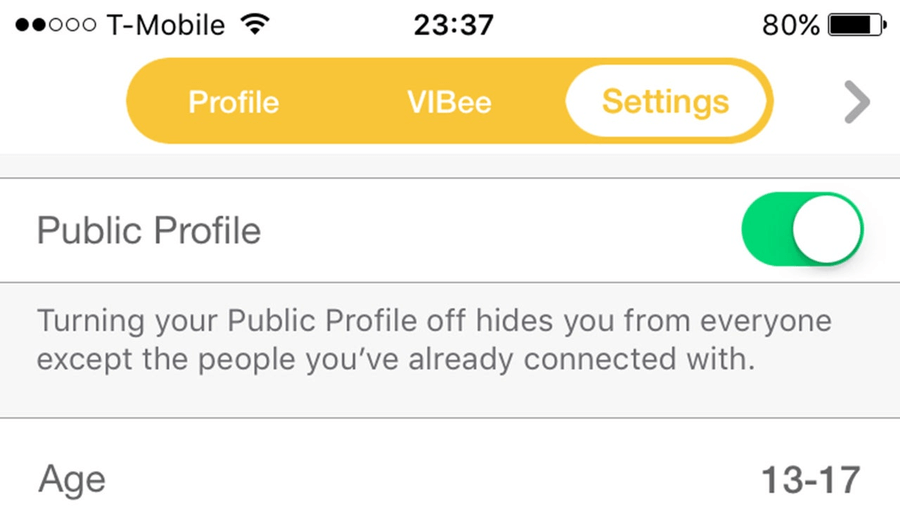 In some cases, Bumble will ask users who they suspect to be underage to verify their identity.

Essentially, real life, human moderators are doing their absolute best to make it impossible to be underage on Bumble!

Of course, if you’re worried about someone who shouldn’t be on a dating app using one, then you can report them to the moderators.

It might seem kind of mean, but the mean thing would be leaving a teenager to be potentially preyed on by creepy adults.

Does Bumble Have a Maximum Age?

Okay, so, the other end of the spectrum. Who is Bumble for? Does Bumble have a maximum age limit? Is it really okay for older people to use dating apps?

Although Bumble’s age range filter stops at 100, the app is for everyone as long as they’re over 18. So, if you’re in your 100s and still want to swipe, Bumble will welcome you!

All jokes aside, though, plenty of over 50s enjoy Bumble as it’s a somewhat more chilled out, chivalrous app than Tinder or even Hinge.

And women being allowed to make the first move has proven to cut down on incidents of harassment, bullying and general bad behavior.

Bumble might be a good place to start if you’re older and want to get into (or back into) online dating, but there are plenty of other options too.

To explore what the online dating world has to offer overall, why not check out my article on the top dating sites for over 50s.

And with many dating sites world wide offering vaccination stickers and other vaccine incentives, over 50s, with their high levels of vaccination, are probably going to be all over the apps. So, now’s your chance!

What is Age Range on Bumble

Although connected to user age, the age range on Bumble is a little different to minimum or maximum age limits.

As it’s a filter, age range on Bumble doesn’t have anything to do with your age. Rather, the age range filter allows you to choose how old (and young) the Bumble users you’re shown in your feed will be.

The age range can be anything from 18-80 to just a single year anywhere between. 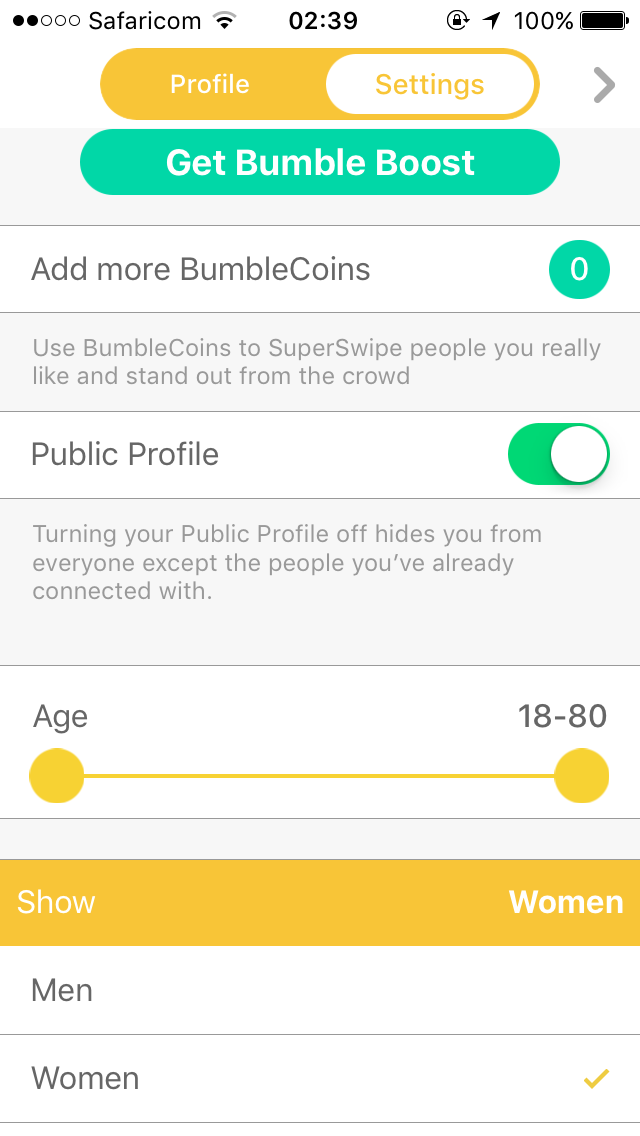 Of course, the only reason you would be looking for someone with a very specific age would be either to find one particular person, or because of an odd fetish for… say… 32-year-olds. To which I say, you do you. I’m not here to yuck yums.

Hopefully all of your questions about the minimum age on Bumble, the maximum age and the age range filter have all been answered.

If you want to know more about the app, check out my full article on Bumble. And to see if it’s your perfect dating site, check out the Dude Hack quiz that’ll tell you which dating app is perfect for you and your dating goals.