Which Dating Site Has The Highest Success Rate? 2021 Ultimate Guide 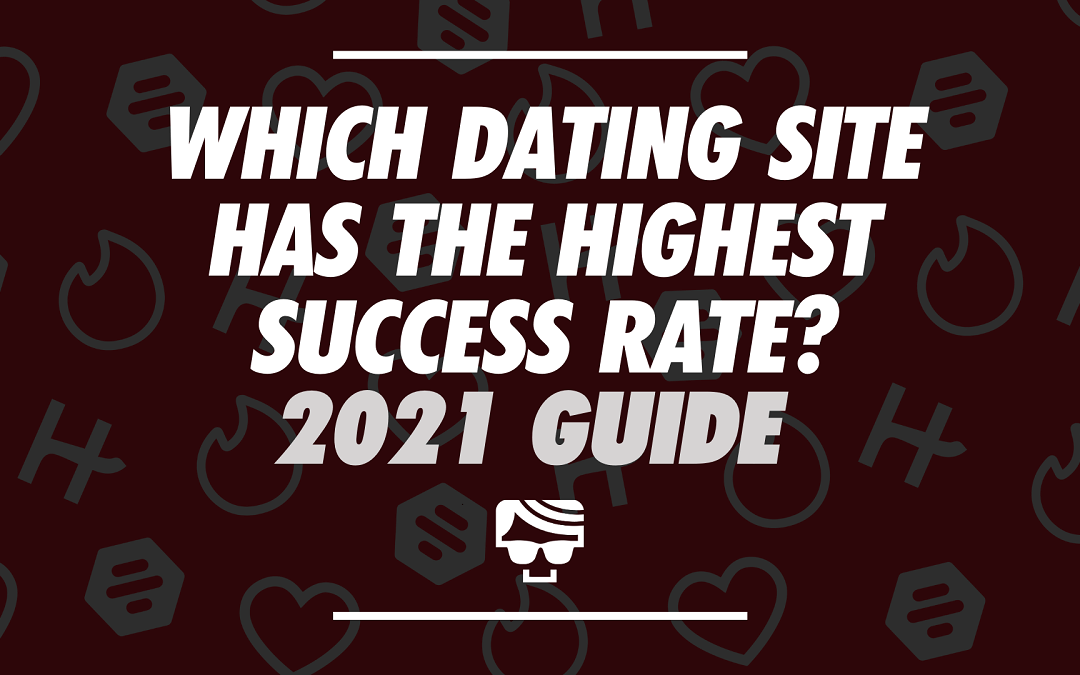 A couple of dating sites have really high success rates for serious relationships – particularly Eharmony and, for Christians, Christian Mingle. Almost 4% of American marriages begin with an Eharmony match, and someone finds love on Eharmony every 14 minutes on average.
Of course, all that is only relevant if those sites deliver what you want and need.

Firstly, what are you looking for? Different dating sites cater to different needs, so it’s hard to determine a one size fits all ‘best’ or ‘most successful’ site, even when we know what success rates look like.

So to start, let’s look at the various flavors of dating site available out there. 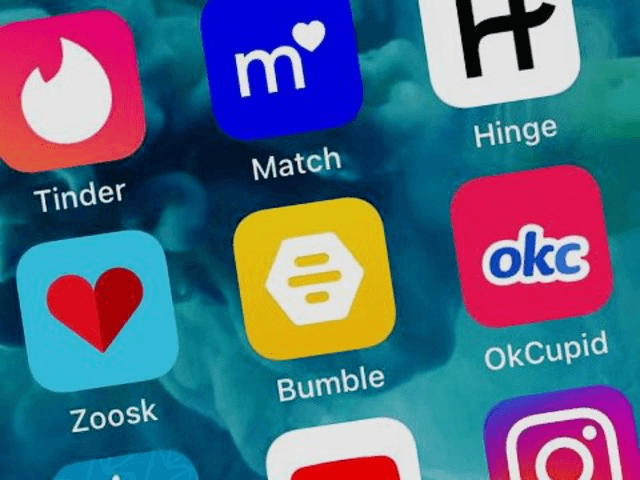 What Types of Dating Site is Best for You?

Before thinking about blanket ‘success rates’ you really need to think about what sort of dating site you want, and in turn what sort of dating you want to do. Use this handy guide to explore what’s available, and maybe your eyes will be opened to new possibilities!

Dating apps is a wide category, and apps come in all the same variations as dating sites with the caveat that their user base tends to skew younger and somewhat less serious about dating and relationships. That’s not to say that no one on the apps is looking for love, just that you shouldn’t assume everyone is!

A dating app is any dating platform available only as an app on your phone or tablet. Dating apps may have web versions, but they usually aren’t fully functional as the platform is designed for mobile use.

A lot of dating sites have optional apps that you can download to mobile devices, but as they began as websites or are primarily designed for computer use these are still dating sites not dating apps.

A few sites have excellent apps and have made the leap to being used mostly in that way, particularly OKCupid and POF, both of which are serious dating sites with youngish to middle aged users, but these are nonetheless still dating sites first and foremost.

Which leads us to the question: which dating app has the highest success rate?

This is another really hard question to answer, as apps don’t tend to release these figures and it’s hard to quantify ‘success’ on an app that’s primarily about more casual dating. Going by name recognition and numbers of active users, Tinder is the most successful casual dating app,

Hinge is the most successful for slightly more serious dating and Bumble comes up behind for the same. If you’re a man looking for men, then Grindr is the app to install, and as a woman looking for women go for Hinge.

For Christians there’s Salt, and for Muslims there’s Muzmatch. The list goes on as you get into more specific dating niches, so if the fun and on-the-go nature of apps interests you but none of these fit, why not search for one that does?

I promise there will be one out there, the internet is a big and frankly a weird place and someone has built an app for everything. 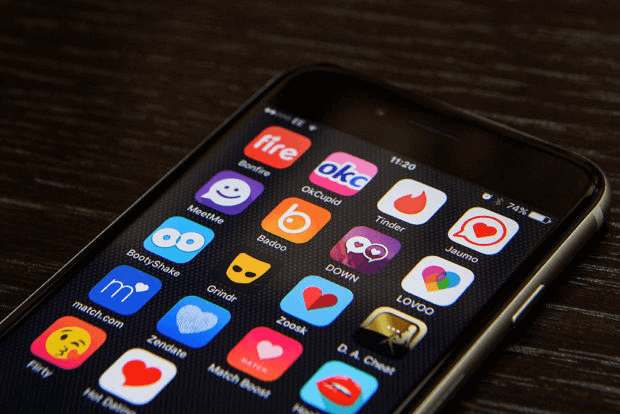 Hookup sites are just what they sound like. These dating sites are for anything from casual dating to online sex or dirty messaging. Contrary to what you might assume, hookup sites aren’t just for people in their 20s and 30s. In fact, most very young people are exclusively on apps. One of the most trusted and successful sites for fun and hookups, usually with no strings attached is Adult Friend Finder, which you can try out for free here.

Niche dating sites might make them sound a little scary, like they’ll be all whips and ball gags, but don’t worry, that’s not the only niche catered for!

In fact, niche in the dating site world encompasses an awful lot. Whether you would like a partner of a specific religion or age, or with a specific hobby or job, there’s probably a niche site for you.

Of course, there are also sites dedicated to queer or LGBT+ dating, nonmonogamous dating and a whole host of specific sexual and romantic desires and kinks.

Being over 50 is also ‘niche’ in the dating world (I don’t think the website designers mean that to be rude, but I can imagine it stinging a little). If you’re looking for the best site for mature dating, you can also try Silver Singles.

I’ve also written a guide to the best dating sites for mature singles here, just in case you want to check them out.

Niche dating sites can also fall into other categories too, so a gay dating site can also be for serious relationships or a site for older users might be for casual dating rather than serious dating. I promise, it’s not as confusing as it sounds once you’ve found the site that works for you! 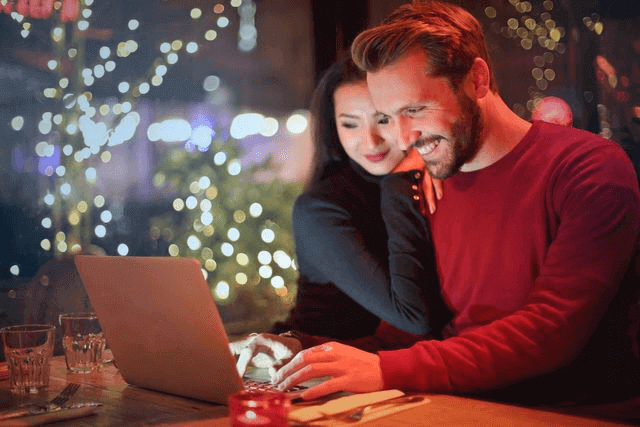 If you’re looking for serious dating with no caveats for anything that falls into ‘niche’, or you want the widest possible dating pool and feel like the more specific sites don’t offer that, then there are a few sites geared towards serious dating that have high success rates.

Dating sites love to use various odd statistics in their marketing, it’s eye catching and memorable and shows proof of the site’s success rather than just telling people how great it is and hoping they really buy into ads.

Match.com, for example, has led to the birth of 1 million babies. It doesn’t say across how many couples, but you’d hope a few. OKCupid has averaged a rate of 50,000 dates arranged on its site per week, and is most often joined at 7pm on a Sunday as those end of weekend blues creep in.

These stats may seem a bit silly, but what do they point to? Success, that’s what!

Which Dating Site is Best for Serious Relationships?

The one site that rests its entire reputation on being the best for serious relationships is Eharmony. In a 2020 survey it was rated the most trusted dating app, so it’s certainly reputable, and in a 2018 survey US and Canadian singles labelled Eharmony the dating app with the highest quality dating pool.

Obviously, if you’re looking for something else or are in a country where Eharmony isn’t particularly active, then there are other options, but it’s a very solid contender for best serious dating site, and it is verifiably one of the most successful out there. To give Eharmony a try, click here.

The one sticking point with Eharmony is that it isn’t cheap. It’s a site for people who are looking seriously for love, and of course the hope is that you won’t have to keep your membership for long at all, so it’s still good value if you can afford it. If money is a real worry, though, you might have to look for love elsewhere. 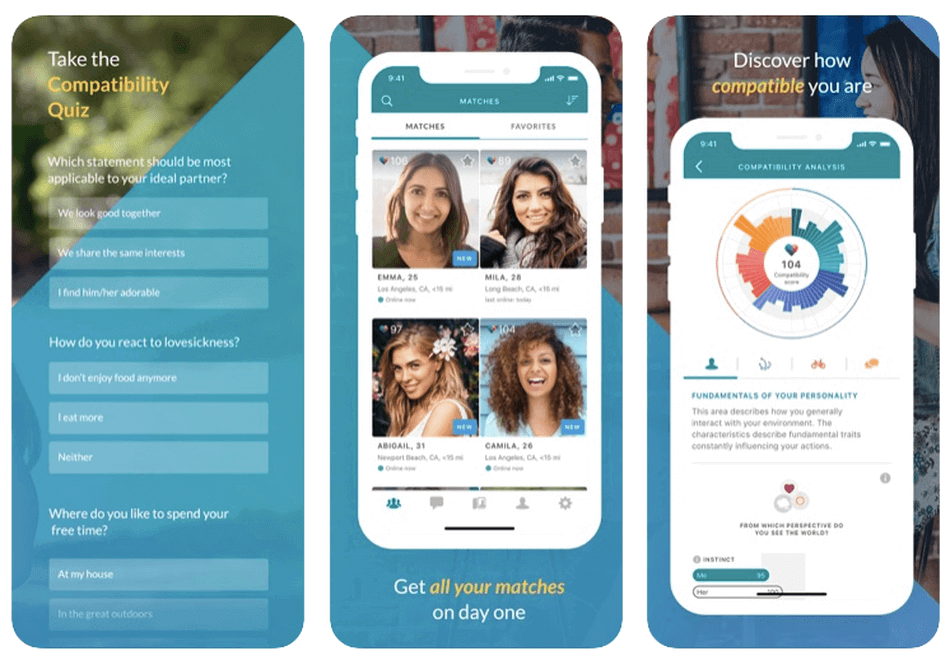 Unfortunately, there isn’t a lot of crossover between reputable dating sites and free dating sites. Both Match.com and Okcupid are cheaper than Eharmony, though they’re also less focused on finding you love rather than dates, which means that you might be a member for longer and end up paying more overall.

If you don’t mind putting the work in and trawling through a lot of profiles, then you might want to try an app. Most dating apps have a really serviceable free option, and to be honest they’re pretty fun.

Hinge is probably the popular app most suited to people looking for something serious, but you could also try Bumble or Coffee Meets Bagel. 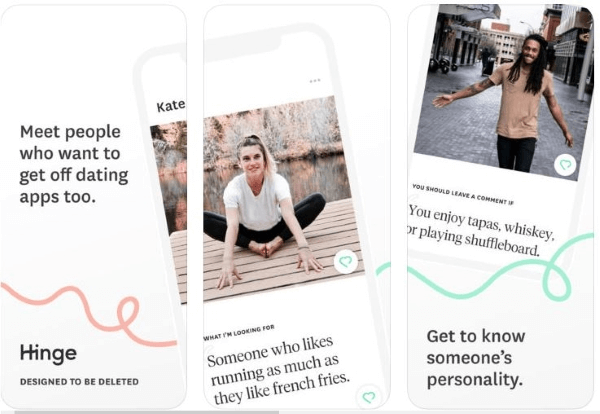 It seems clear that Eharmony is the dating site with the highest success rate, and in part that is probably because its marketing and its high price point mean that only very serious daters sign up.

If that’s what you want and you can afford it, I recommend signing up for Eharmony. If not, then the lesson to take is surely that putting in the work, choosing the best dating site for you and spending time making your profile and interacting through that site are what leads to dating success.